Peter Hanley Motors are proud to be associated with the Longford Senior Football Championship for the past 13 years. It is not just about football. It's never just about football.  It's about community, parish, friendship and it is an integral part of any county.  In these strange days of Corona quarantines and the ‘Covid-new normal’, we all can appreciate the beautiful game more than ever before and the vital role that the GAA plays in the lives of Irish families, particularly in rural communities.  For us, it was a natural partnership and one which we intend to keep.

My father, Peter, was involved for many years with the local Cashel Club and sponsored various underage clubs and competitions. It seemed a natural step for Peter Hanley Motors to step up and sponsor the County Senior Club Championship and we were absolutely delighted to do it.  Our neighbour and good friend, Martin Skelly was the county board chairman in 2007, and Longford football was in a very good place at the time.  The previous year, Longford, the underdogs, had given Kerry a run for their money in the All Ireland qualifiers. The association with such a prestigious competition was a source of great pride for us and for us as a family, it combined two great loves, cars and the local GAA team. 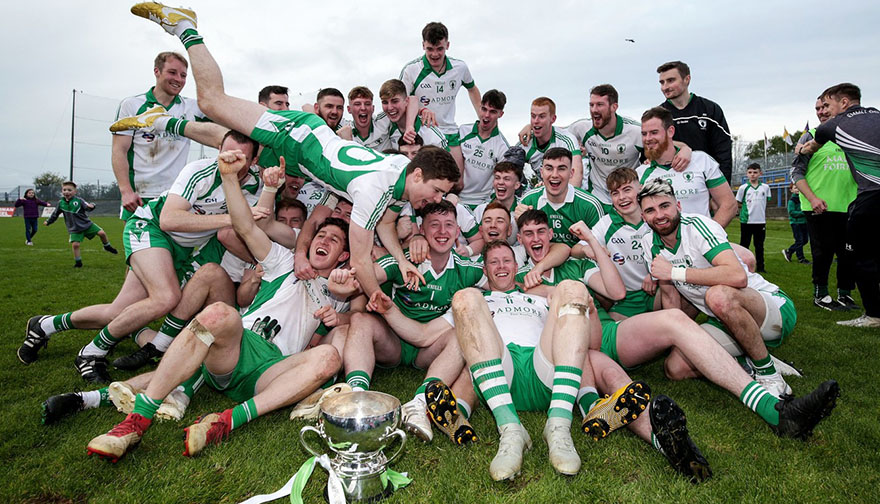 During the late 1970’s and 80’s, our club Cashel had great success in the Longford Senior Football Championship.  Our first presentation as sponsors to Dromard captain, Padraig Jones and to man of the match, Francis Magee in 2007 is a memory I will cherish forever. There were lots more awards in the intervening years. Colmcille club in 2008, Clonguish in 2009- and three-time winners, Mullinaghta (2016,2017 and 2018) known as the famous ‘half parish’ went on to win the Leinster Championship in 2018.  Longford Slashers were presented with trophies in 2010, 2011 and 2013 and Killoe Club stood on the podium in 2012,2014, 2015 and 2019.  These proud moments are just snap shots of the years of laughter and tears, of cheering and friendly catcalling on the side lines.  Of seeing boys grow to men on the pitch and moving to the side-lines, sometimes to watch their own sons taking up the challenge. Of course, the county is still not fully represented.  Mid to North Longford Clubs have dominated the county GAA fields at Senior level and at Peter Hanley Motors we would love to see the day when a South Longford team will ascend the podium on Senior county final day. 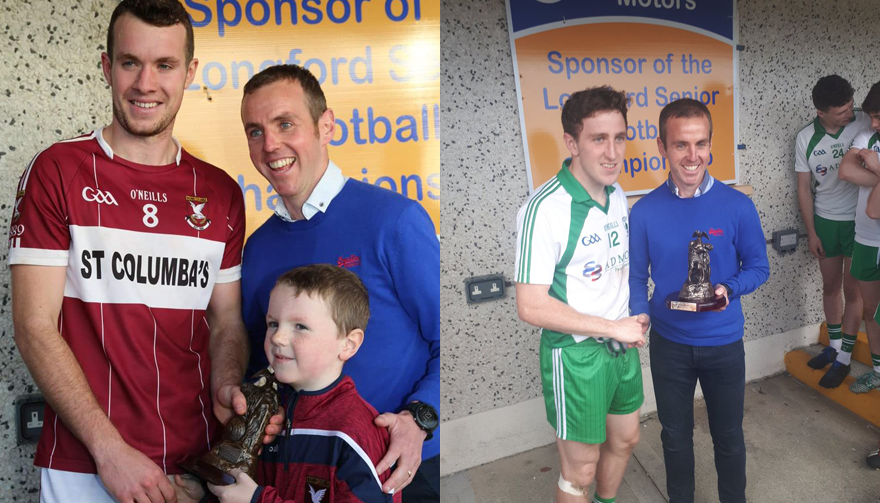 At the time of writing, all games are at a standstill and we sit at home longing for the Sunday thrill of the side-lines and the craic that goes with it.  All the more frustrating at the moment, as games were halted at that exciting semi-final stage.   The banter and the passion of the game continues, albeit muffled through our masks and at a 2meter distance.  Will Mostrim make it through this time and could they get their hands on the Connolly Cup?  It would be a fantastic feat for the team as they compete among the formidable Mullinaghta, Longford Slashers and Killoe teams.   This is the stuff that makes football compelling and thrilling to watch, to take part in and from our perspective, to support and encourage.

Peter Hanley Motors look forward to our continued association with the Longford Senior Football Championship.  We sincerely hope we will be back on the playing fields in 2020 and in the meantime, we wish you all continued good health till those happier days ahead.